Iona College swimming, currently named iSWIM, has had a strong training and competitive culture since the early days of the College.

The College has produced two Olympic swimmers with Ashley Callus and Daniel Fox both medalling. Ashley, Daniel and Grant McGregor also medalled at the Commonwealth Games. Numerous Ionians have won on the national, state and regional stage at both school and club events.

A successful swim program has many layers, from learning and technique development all the way through to mental preparation and elite performance. Most importantly, it is about having fun and enjoying what you are doing. 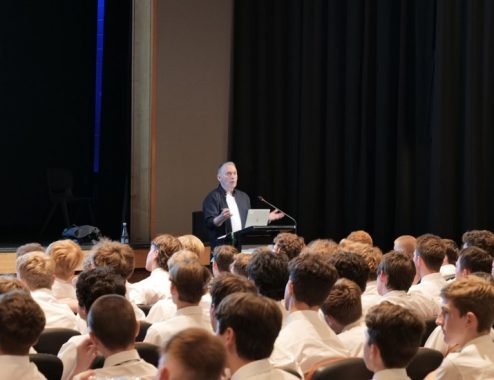 DRUG AND ALCOHOL EDUCATION MESSAGE GETTING THROUGH

When Paul Dillon checks his Instagram feed on a Saturday night, he knows his message about drug and alcohol education is getting through. Mr Dillon is … 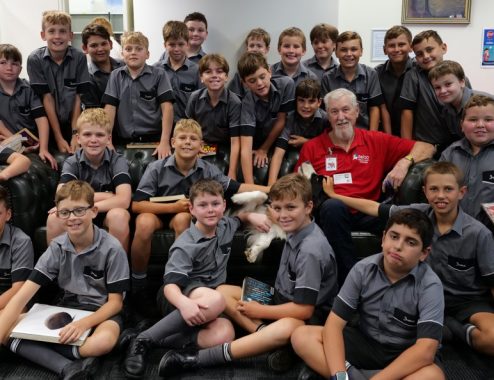 Last week, Iona welcomed 1865 students for the start of the new school year. Today, we welcomed one more. Meet Digger, who – along with his handler …

Celebrations at Iona as Darling Point make themselves at home

Iona College was privileged this morning to share in a celebration of pure joy, as the Darling Point Special School community gathered for their first … 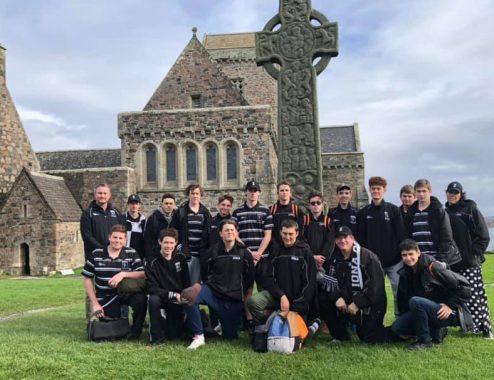 Invitation to join our oblate pilgrimage to France, Ireland and Scotland this September

CLICK HERE TO REGISTER NOW!   Ionians are being offered the unique opportunity to experience ‘the thinnest gap between heaven and earth’ as …