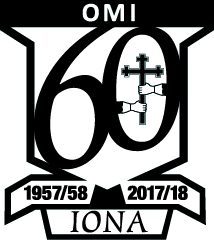 Sixty years ago, the first Oblate missionaries arrived at Lindum. They made a firm commitment to enhancing the educational opportunities of local families in a Catholic faith context.

Iona College was the first school opened in Australia by the Oblates, a missionary order founded in France in 1816 by Eugene de Mazenod, who was canonised a saint in 1995. St Eugene de Mazenod’s calling to other Oblates was to minister to the marginalised and abandoned, and for all to strive to “know what you are in the eyes of God”.

The first proposed Iona College was earmarked for a site then known as Mount Hominy, Darra now in the current Mount Ommaney / Jindalee area. However, the college did not eventuate for a number of reasons.  Rev Father Thomas Hunt who became the Prior Provincial of the Augustinian order in Queensland decided in March 1952 that the site was unsuitable. Funds from the sale of the Mount Hominy site supported the establishment of this College and another Augustinian college in Sydney. The large former site was developed for residential housing and became part of the centenary suburbs.

Thus, Iona College began in Lindum, Brisbane, on 1 October 1957, founded by Fathers Tim Long OMI (Rector) and Denis McCarthy OMI.  The priests had less than four months to prepare the site for school. Our first Rector, Fr Tim Long OMI had the vision while Fr Denis McCarthy OMI had the strength to implement it. These priests received tremendous support from local families.  The grounds were cleared and playing fields prepared for the first 58 students who arrived on 28 January 1958.

Our Founders Day liturgy, on Wednesday 18 October,  celebrated the arrival of the Oblate Priests at Iona and marked the commencement of our 60th celebrations.